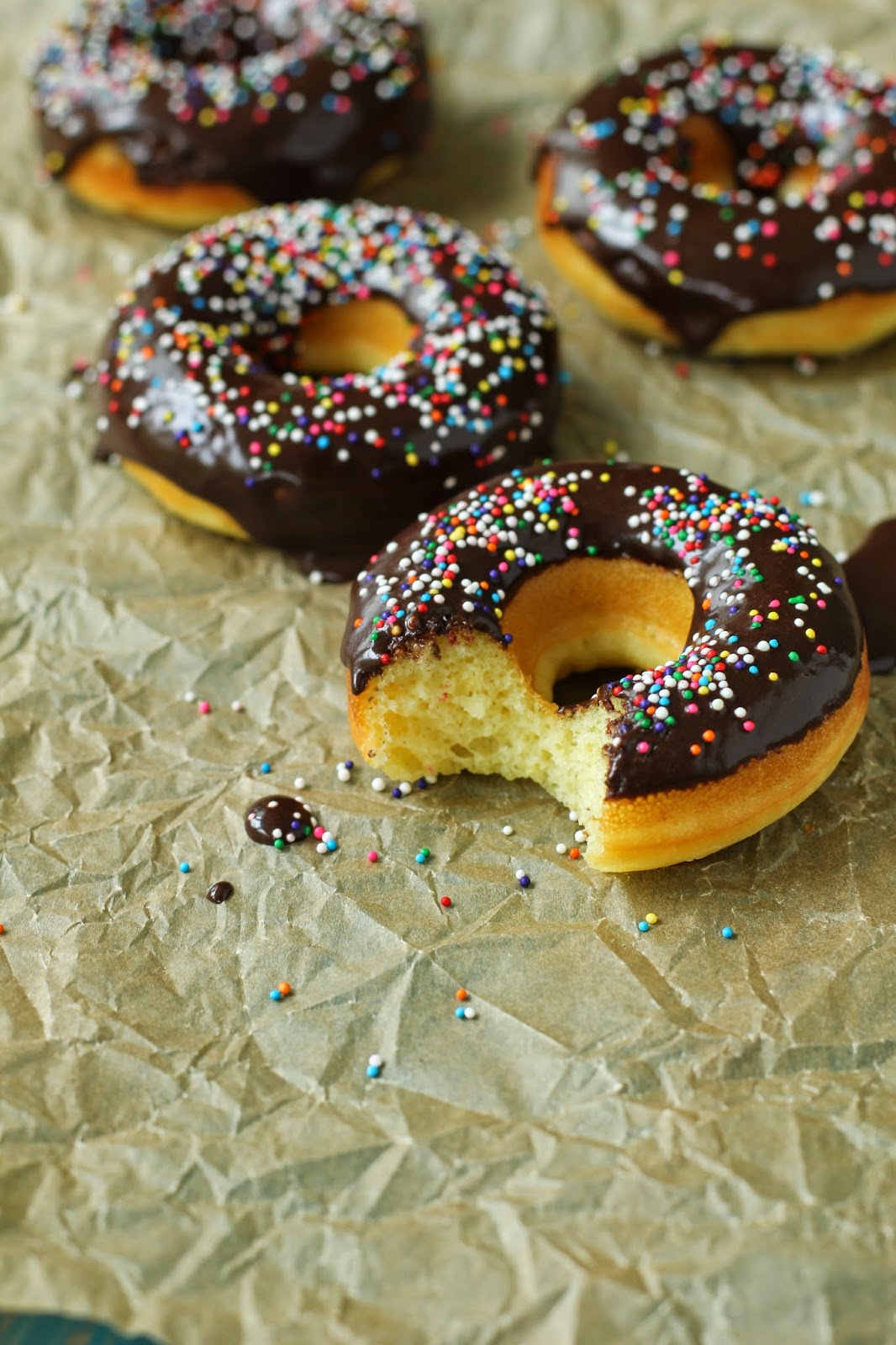 Deep frying terrifies me, it's also unhealthy so it kind of works out. I've set our toaster on fire a couple times, so I don't know if I should be trusted around a pot of bubbling oil. I took a deep frying cooking class, and while the class was tasty, it did little to boost my confidence with frying. Therefore, I'm not one to deep fry some doughnuts when the craving strikes, instead I am all about the baked doughnuts! 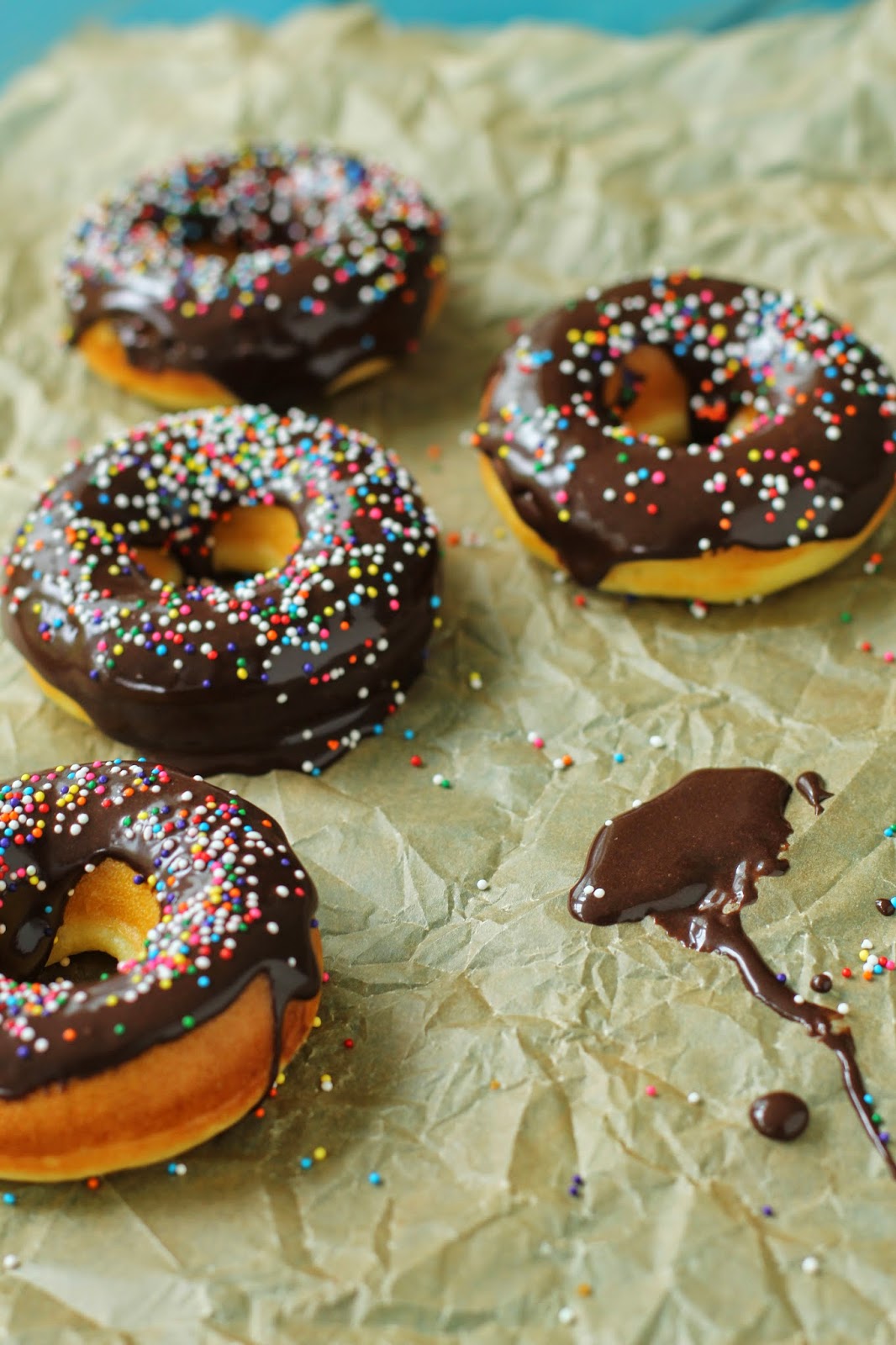 This is not to say that I don't enjoy the occasional deep fried doughnut, but deep frying scares me and it's kind of a hassle. At least, it seems like a hassle to a lazy person such as myself, after deep frying your goodies, you have to let the oil cool and properly dispose of it. Sounds like too much work to me. 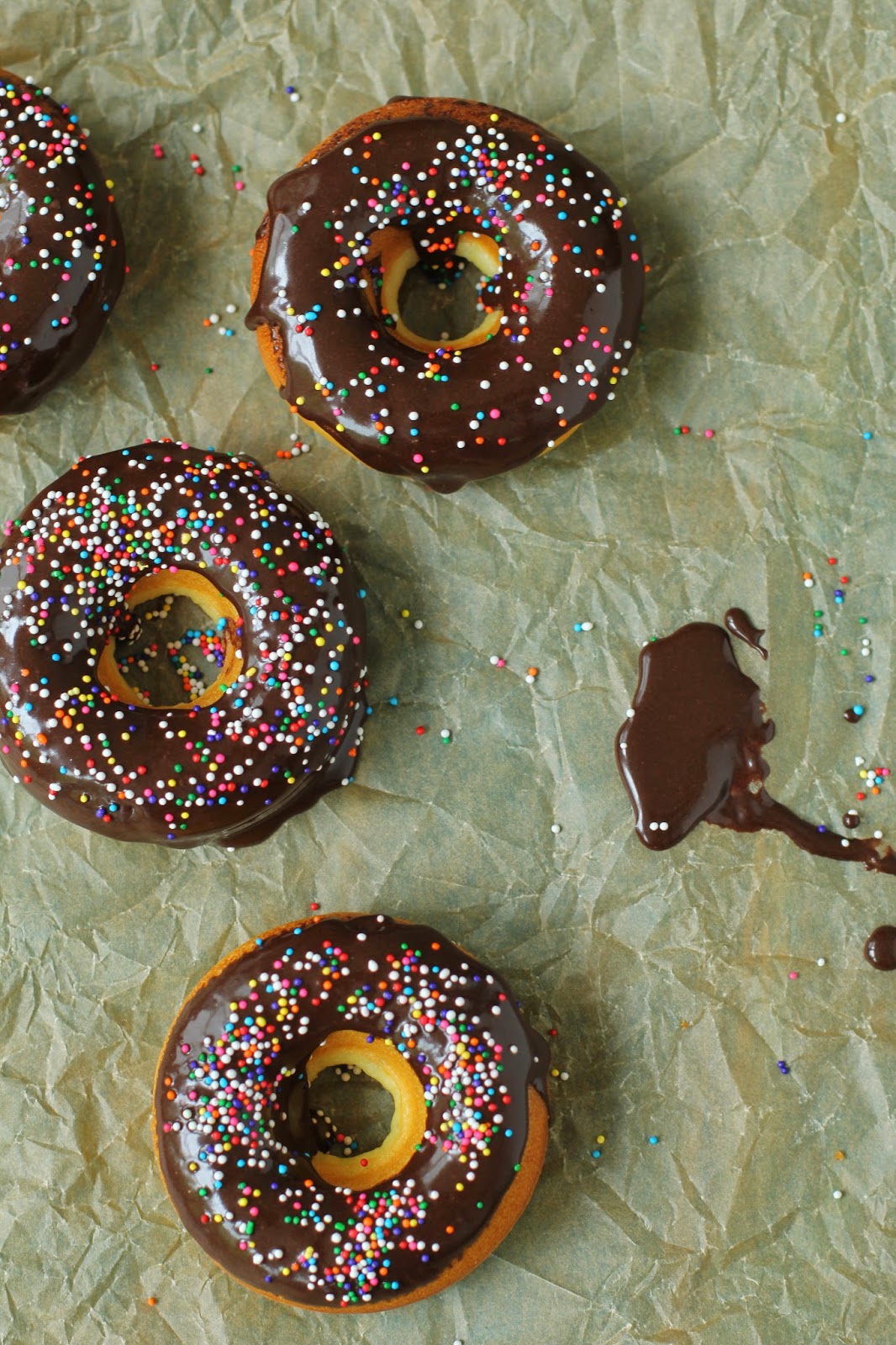 For those of us lazy bakers, these doughnuts taste like a traditional brioche fried doughnut, but they are made without all the work! That's why I call them "brioche" because they are not technically brioche, but for all intents and purposes they hit the spot!
I think I am going to eat another right now! 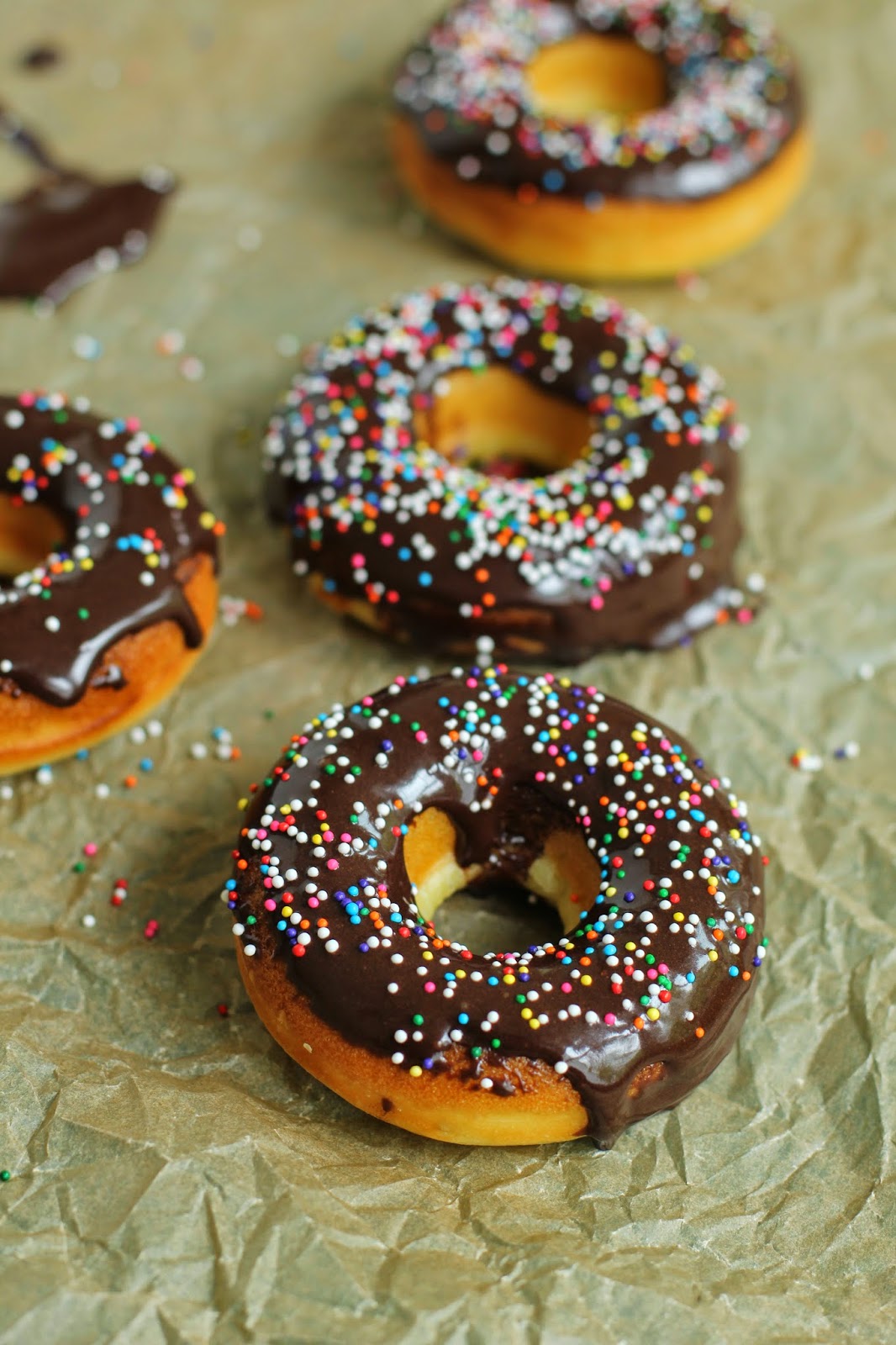 Lazy “Brioche” Baked Doughnuts
Yields 6
Ingredients:
Doughnuts:
¼ Cup milk
½ teaspoon instant yeast
2 teaspoons sugar
½ cup + 1/3 cup flour
1 large egg
3 ½ Tablespoons butter, melted
Chocolate Glaze:
2 Tablespoons cocoa powder
½ cup powdered sugar
2 Tablespoons milk
Directions:
1.     Grease doughnut pan with non-stick spray or butter. Begin by making the dough. Warm milk in microwave, about 30-45 seconds. Add yeast and sugar to warm milk, stir and let sit. Meanwhile, place flour and eggs in the bowl of a stand mixer fitted with a paddle attachment. Mix on low until combined. Add in milk/yeast mixture, mix until smooth. Scrape down the bowl. Pour in butter, increase speed to medium, mixing until smooth and combined, about 30-45 seconds.
2.     Transfer dough to piping bag. With a knife in hand, pipe batter into doughnut wells, using the knife to cut the dough before piping the next doughnut.
3.     Loosely cover doughnuts with plastic wrap, let rise 45-50 minutes. Meanwhile, preheat oven to 375 degrees F. When doughnuts are ready, bake doughnuts for 10-12 minutes, or until golden brown on underside. Let doughnuts cool in the pan for 5 minutes, then transfer to wire rack to cool for at least 15 more minutes before glazing.
4.     For glaze, whisk together cocoa, powdered sugar, and milk until smooth. To glaze, dunk doughnuts into glaze, top with sprinkles if desired.
Recipe Adapted from Herevia The Sugar Hit
Notes:
·      My doughnut pan has wells that hold just under 1/3 cup.
·      Next time I would probably use 3 Tablespoons of sugar for the dough because these were not very sweet. Also I would add ½ teaspoon cinnamon, too.
·      When baking the doughnuts, the tops will be pale, but the underside, the part in contact with the pan, is the part you want to be golden brown.