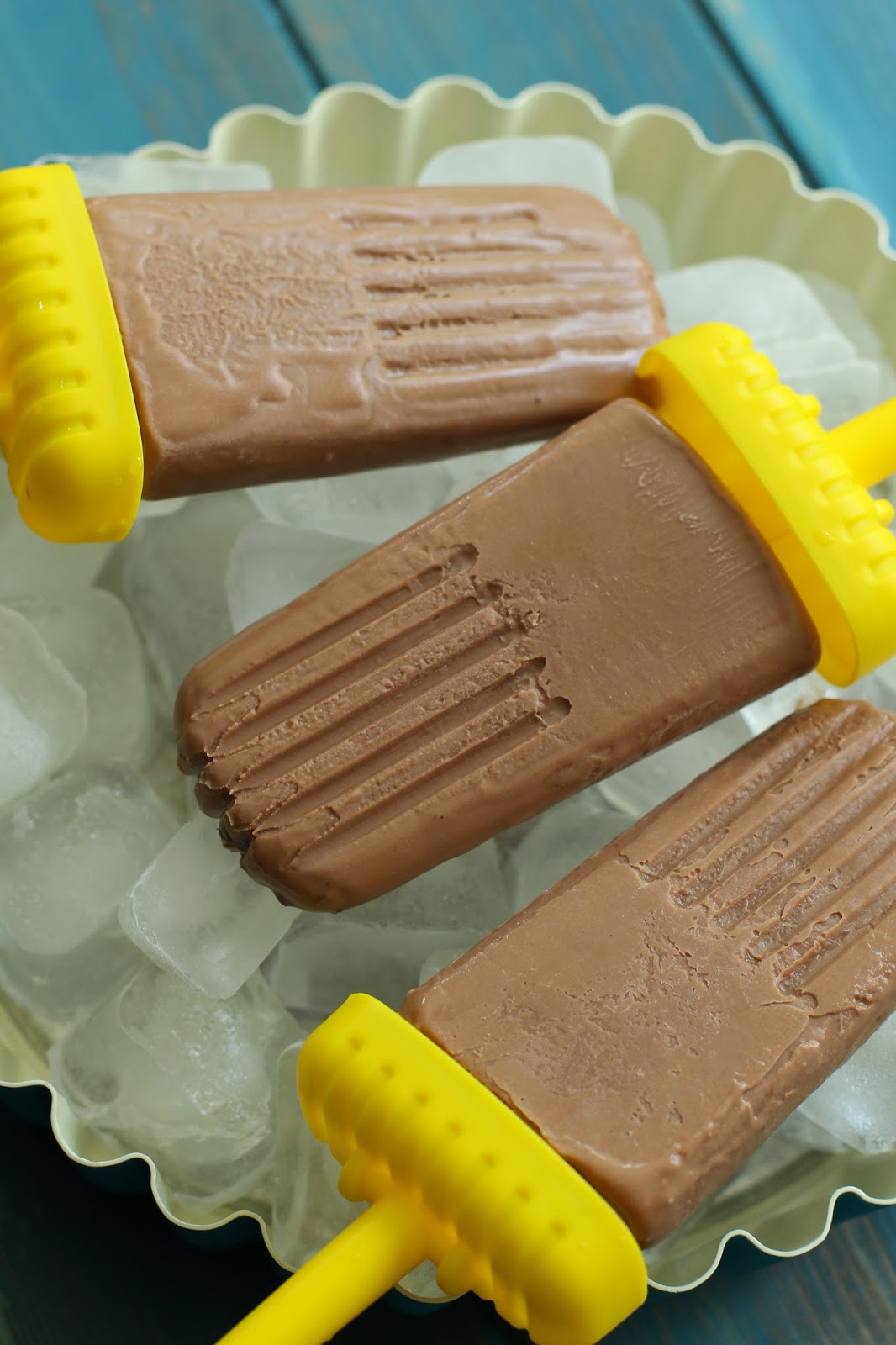 IT'S POPSICLE WEEK! Last year I was just an observer, but this year I am a participant, WAAAAHOOO! Once I heard I was in on #popsicleweek, immediately I started brainstorming ideas, however things did not go as planned and it still took me until the last minute to finish, typical. My first idea was to do a roasted strawberry rhubarb popsicle, but  I put too much sugar in and they ended up too sticky and gummy. I melted those pops and used the mixture as jam, it worked and didn't have to waste any! Then I went on my King Arthur Flour adventure, so popsicles fell by the wayside. 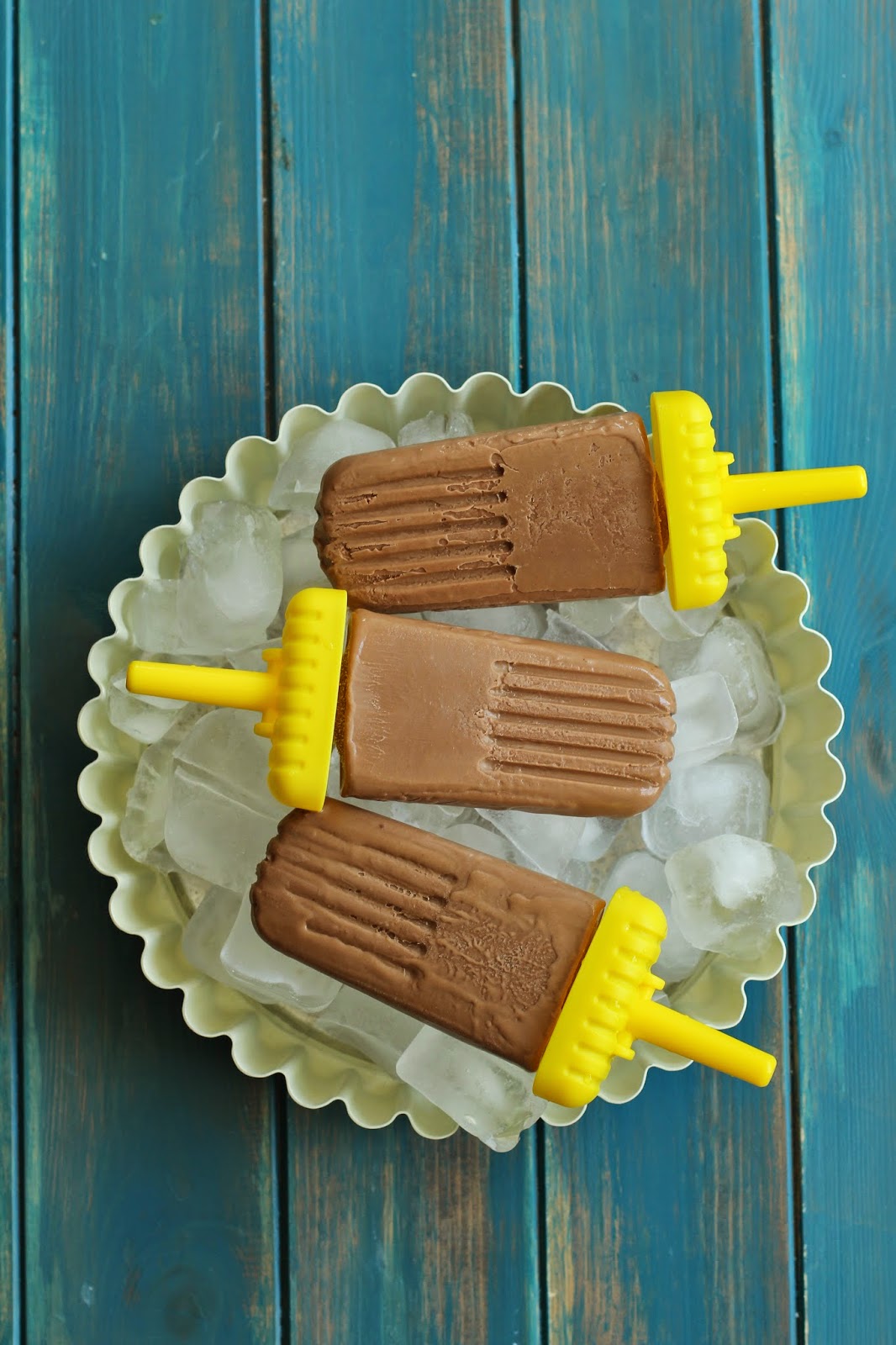 After picking up my popsicles from the wayside, I began to try and think of new ideas because I wanted to do a more interesting flavor than strawberry rhubarb. I may still work on those, but I wanted to go BIG in honor of #popsicleweek! I then tried making coconut chai popsicles, which turned out horrible and taught me a few lessons about making popsicles.
First lesson, do not use almond milk for popsicles even if it's late at night and you ran out of coconut milk and want to make popsicles right this second. I should have realized almond milk wouldn't be good for making popsicles from the big fat "DO NOT FREEZE" warning on the carton.
Second, do not use large amounts of spices in your popsicles, they will be disgustingly gritty, even if you try to strain some of them out. It was like eating a chai-sand popsicle…yuck. Instead of using spices, I opted to infuse the pops using chai tea! That is how we landed here, also with the addition of chocolate because chocolate rocks. 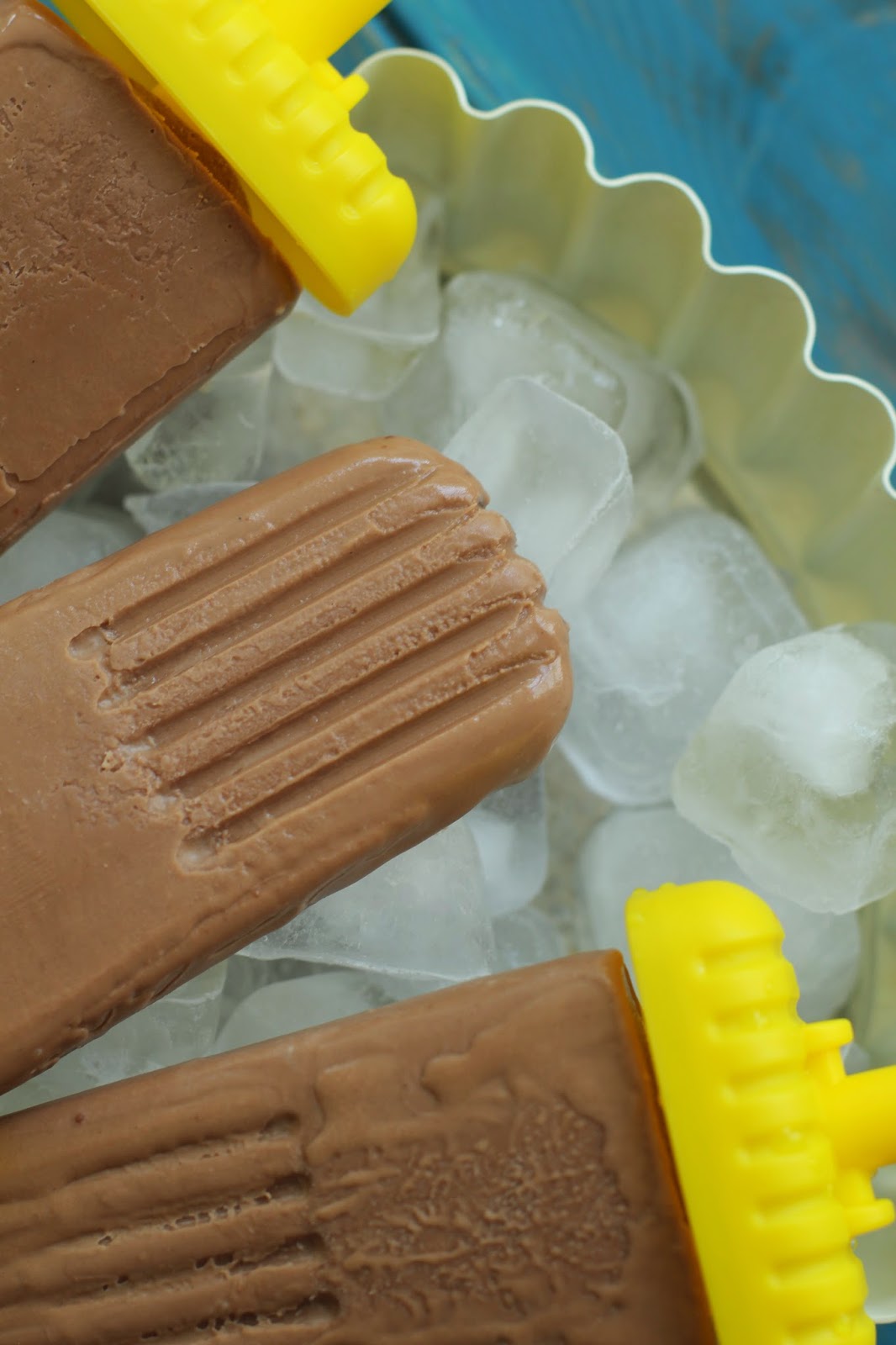 Coconut Chocolate Chai Popsicles
Ingredients:
1 (14 oz) can coconut milk
3 chai tea bags
2 Tablespoons sugar
pinch of salt
pinch of cinnamon
pinch of cardamom
¾ cup chocolate chips
Directions:
1.     In a small saucepan, bring coconut milk to a boil, stirring occasionally. Remove pan from heat, add tea bags and steep in coconut milk for 15 minutes.
2.     Remove tea bags, squeezing them to extract all of the flavor. Add sugar, and return pan to heat, bring mixture just to a boil, stirring occasionally. Remove pan from heat and add salt, cinnamon, cardamom and chocolate chips. Let sit 1-2 minutes. Then whisk until well combined.
3.     Freeze in popsicle molds for 30 minutes, place sticks in popsicles then freeze for 4-6 more hours, or until hard. Unmold popsicles by running under warm tap water for 30 seconds, then remove from mold.
Notes
I used full-fat coconut milk, you probably could use light, but the texture will not be as creamy.
I used Tazo chai tea bags.
These are easily made vegan depending on the chocolate you use, I used milk chocolate, not vegan, but sub in vegan chocolate and you're good to go!
Recipe Adapted/Combined from the Following
Simone Anne
Take a Megabite
Wit & Vinegar