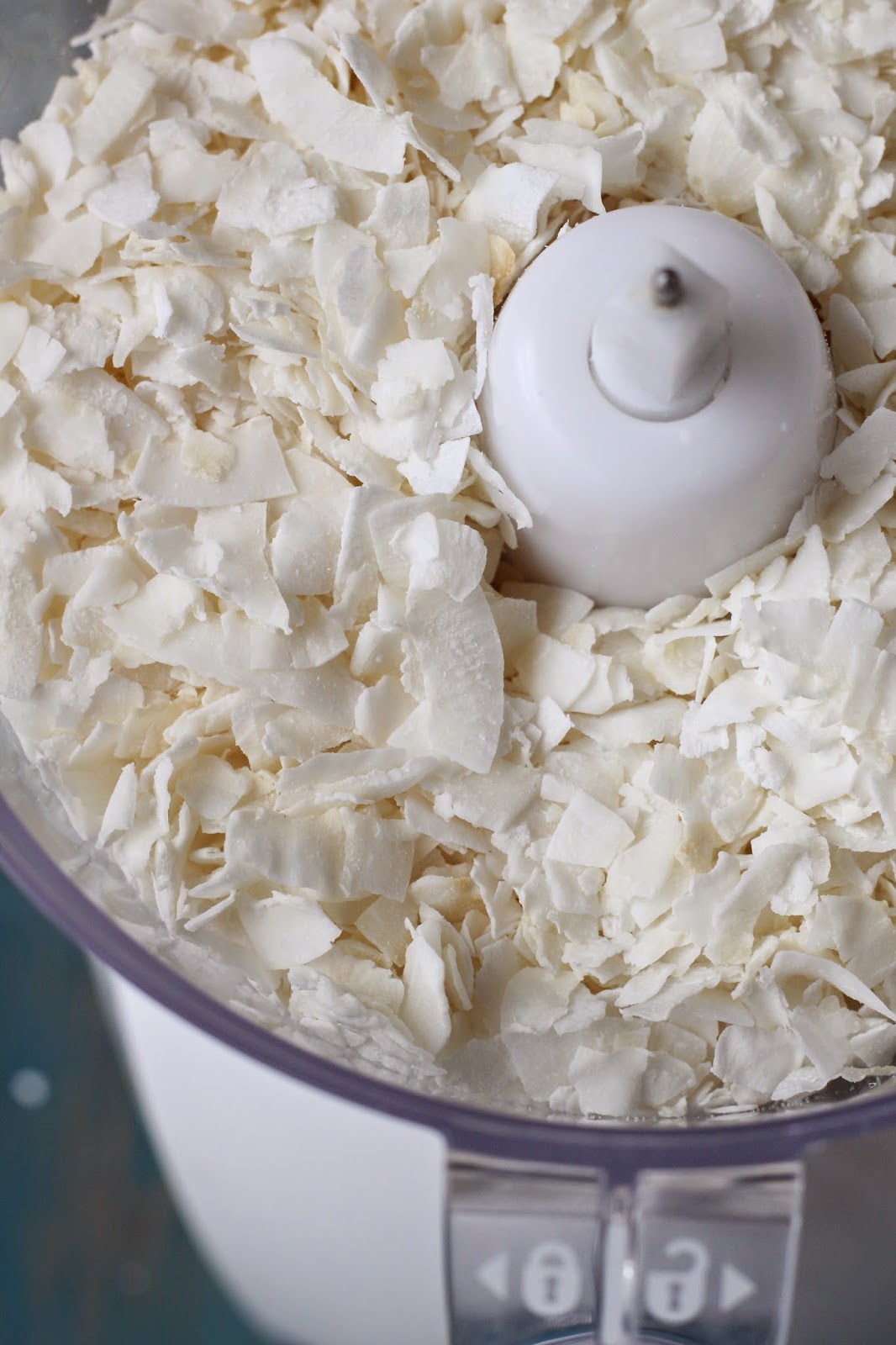 The first time I needed coconut butter for a recipe, I decided to pick up a jar from the health food store, not knowing I could make it myself. As the lady rang out my order, she asked me what I was making and I told her I was making macaroon granola. She wanted to know where to get the recipe, so she could share it with her boyfriend's sister, who liked to bake. I told her the blog where she could find it, but I kept quiet about my own blog. I don't know why I do this, but I am not one to openly tell people that I have a blog, only some of my friends know. It took me a year and a half to post something about it on my personal Facebook. I think it's because blogging is kind of weird if you step back and think about it. It is as if you said to someone, "I bake things, attempt to style them so they look appetizing, take pictures of them and then share them with people on the internet." Uwhat. But, hey I like doing it and I am almost two years in so here we are. I also have this idea that I think blogging, or maybe it's just the word blogging, is weird because growing up I always thought of bloggers as 40 year olds living in their mother's basement eating instant noodles and writing about video games and conspiracy theories. Um what. That is horribly stereotypical, and I am sorry, but that is what my little brain thought growing up. But, hey I like doing it and I am almost two years in so here we are! Blogging has since come a long way, now there are blogs on just about every possible topic, make-up, food, life, and health, you name it there is probably a blog about it out there. 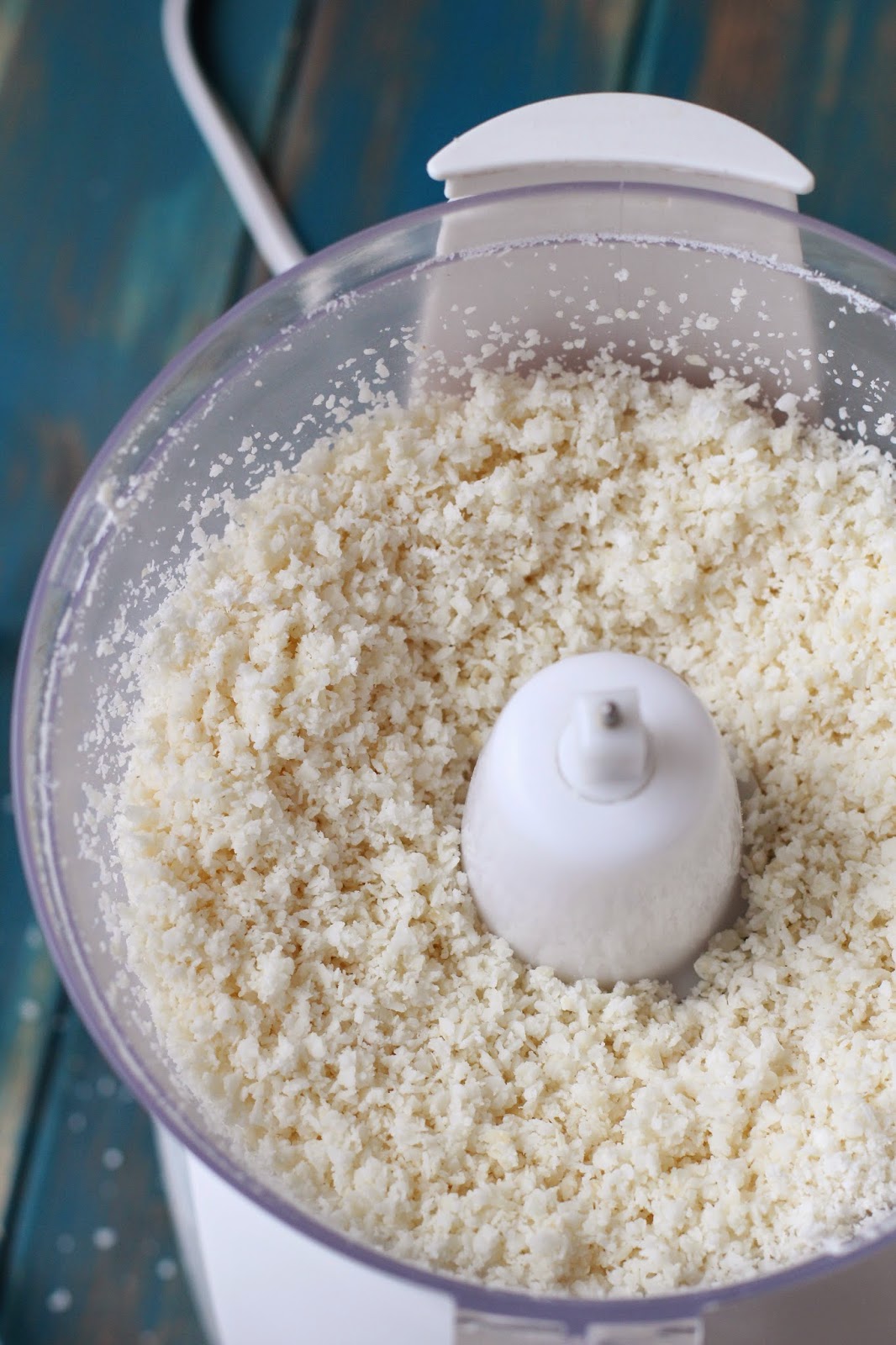 Back to the coconut butter, this is not a recipe per say, it's more of an illustration of what you do. Coconut butter is really easy to make provided you use the right kind of coconut. I tried to make coconut butter two weeks ago, but after 25 minutes or so I finally figured out why it wasn't working. The coconut I used was reduced fat, aka big no no. You NEED the fat to make this work. Your coconut must also be unsweetened. Now you can use either flaked or shredded, I chose flaked because my grocery store only carried shredded as the reduced fat so I opted for the flaked. 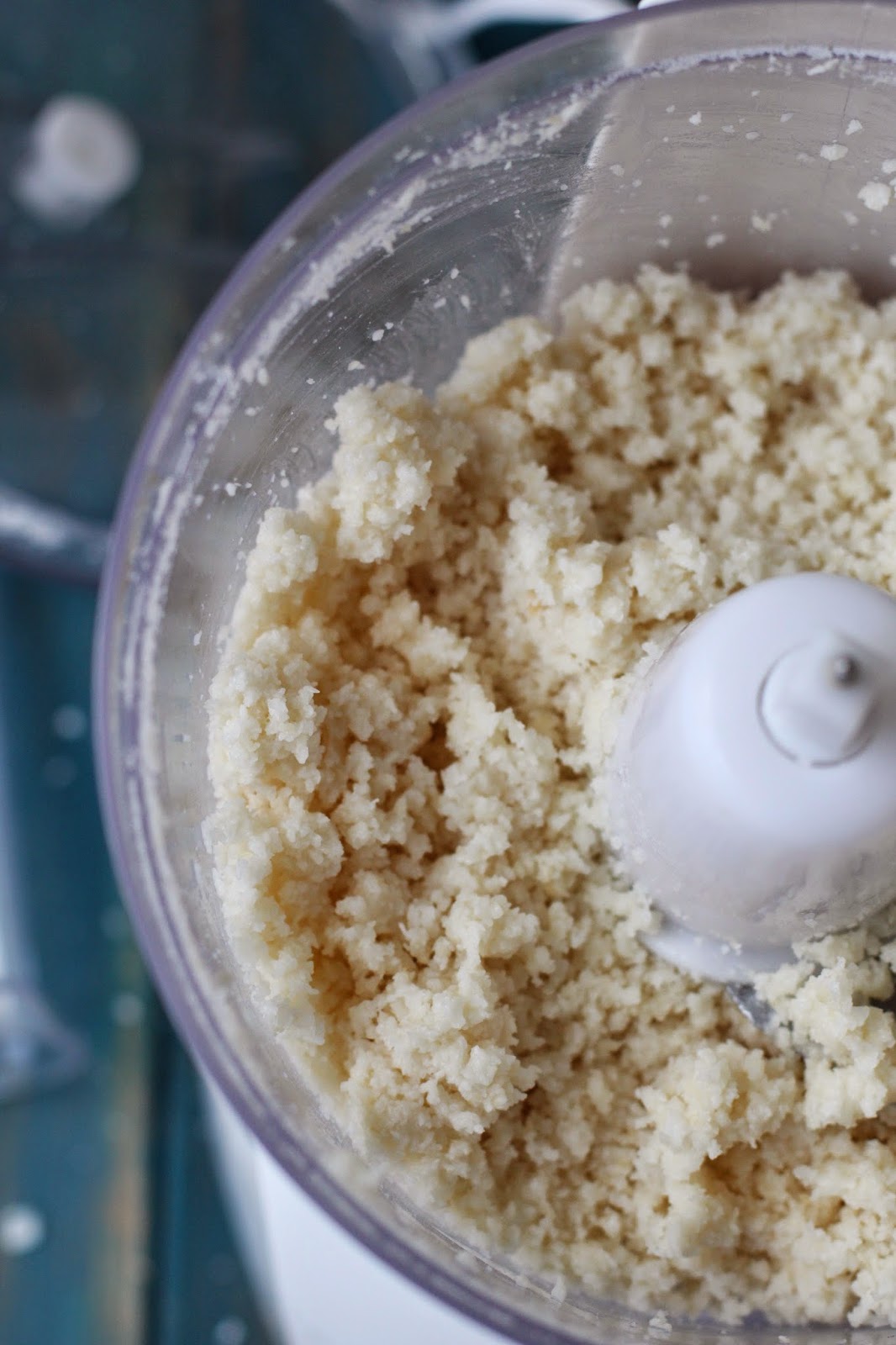 Simply, pour in your UNSWEETENED FLAKED/SHREDDED coconut in the bowl of a large capacity food processor, and whiz away for about 12-15 minutes, occasionally stopping to scrap down the bowl with a rubber spatula. I tried to take pictures of the various stages, it kind of worked... Towards the end it will suddenly become liquid-y (below) and you're done!
It will be rather liquid-y because of the heat created from the friction of the blade against the coconut, it will solidify as it cools. 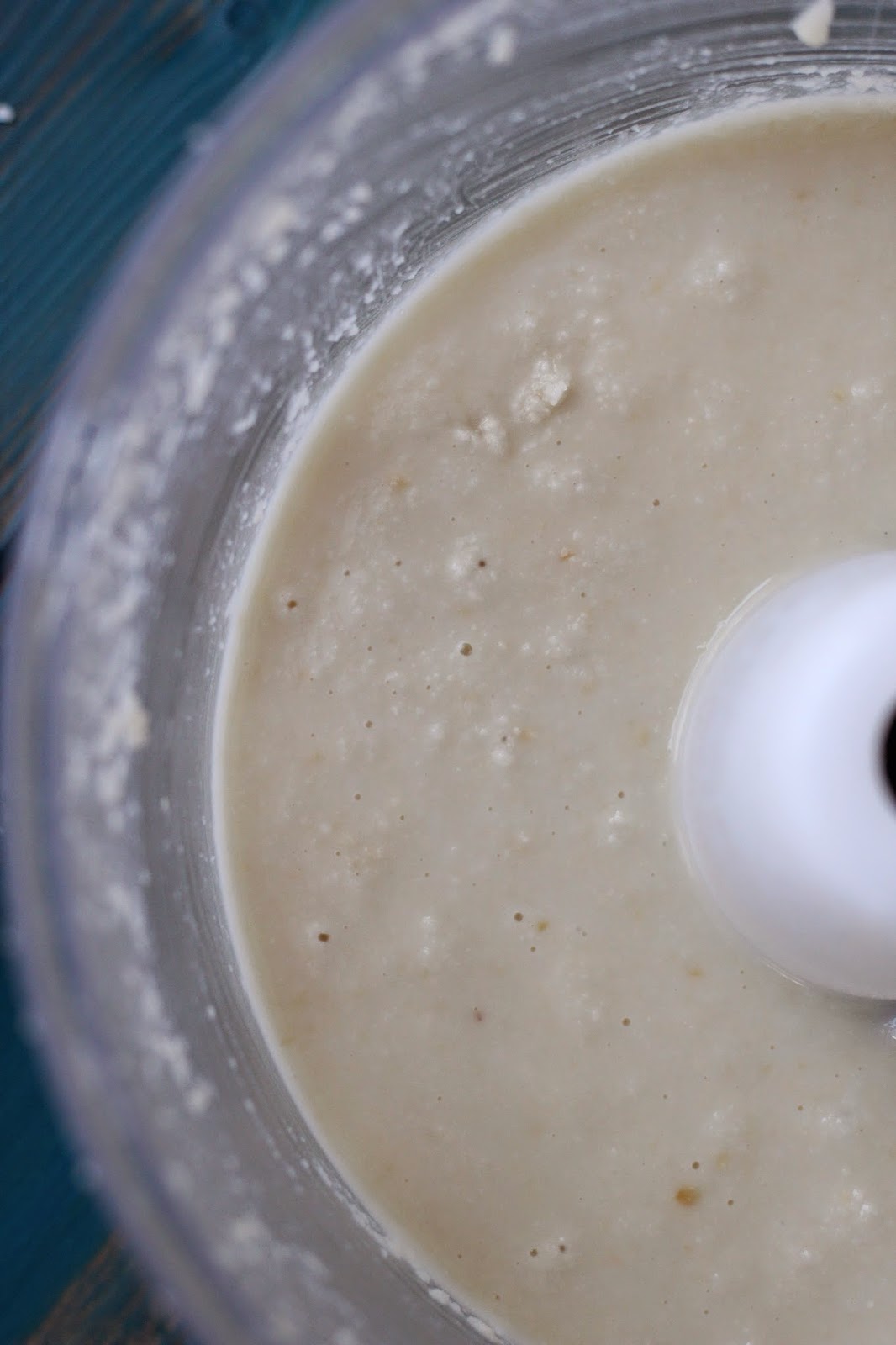 Pour coconut butter into an airtight container and store in the fridge, when ready to use, you may want to microwave for a few seconds and stir to soften.
Now you can save money by making coconut butter yourself and get a whiff of the tropics as you make it! IT SMELLS SO GOOD. 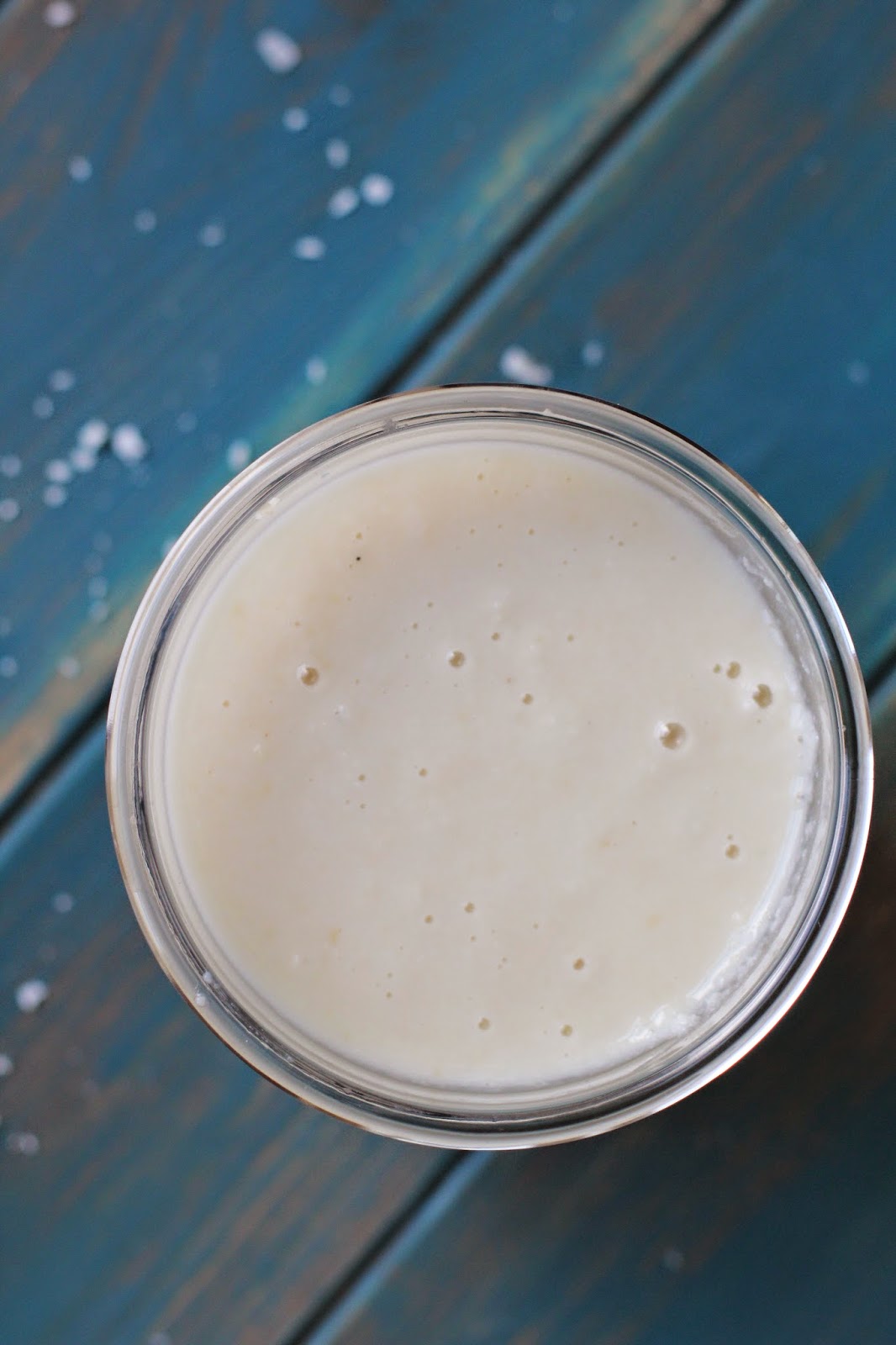 Email ThisBlogThis!Share to TwitterShare to FacebookShare to Pinterest
Labels: DIY, No Bake, No Sugar, Snacks, Vegan