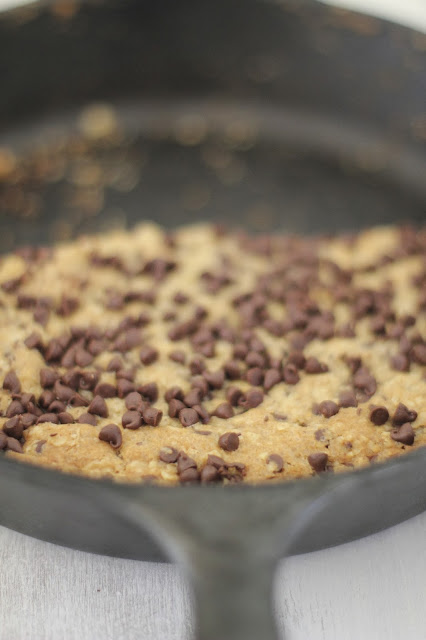 I don't if I have shared this factoid with you, but when it comes to certain things I am kind of a germaphobe. And I find this buzzfeed article quite relatable (except for #12 and #16) and HILARIOUS.  So, what does my germaphobe confession have to do with this recipe? Well, it may take me a minute to get to that, but by then I think you will see the connection. 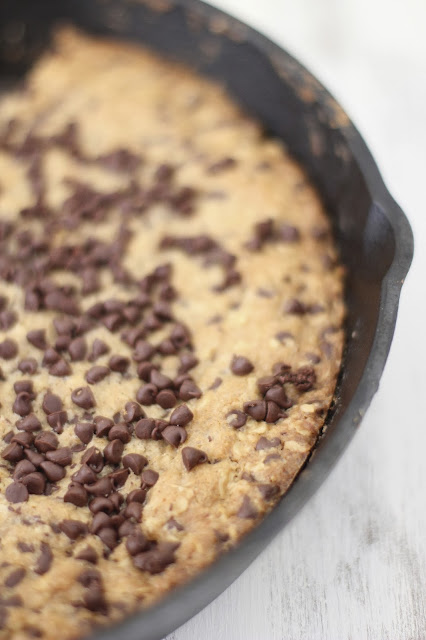 Now the secret to a great cast iron skillet is it being well "seasoned". I had no idea what "seasoning" for a cast iron skillet was, so I looked it up. And basically, seasoning is when the pores in your skillet absorb oil/grease when the pan is heated. In order to maintain your seasoning, you need to keep your cast iron skillet as far way from the dish soap and dishwasher as possible because the harsh detergents strip the accumulated oil and grease from your skillet. Here is the germaphobe connection How do you wash your cast iron skillet you ask? In short you don't...at least not with soap and water. Instead you scrub your pan with a paper towel and some salt, which acts as an abrasive to remove cooked on food bits. After scrubbin' and saltin' your pan, you can rinse your skillet with JUST WATER and then quickly dry. To store, place a dishcloth over the skillet and cover if you have one (I don't).  To a germaphobe, this may seem repulsive because WHERE'S THE SOAP TO DISINFECT, well you don't need soap to disinfect! Salt "disinfects" the pan because salt kills germs, ever put salt on a slug? Proof is in the slug pudding. Also the pan is being used in the oven, meaning it is exposed to extreme temperatures, which also kill germs. If that isn't enough for you, then just don't cook meat in your pan, instead make delicious skillet cookies, and what do you know, I have a recipe for one right below!! 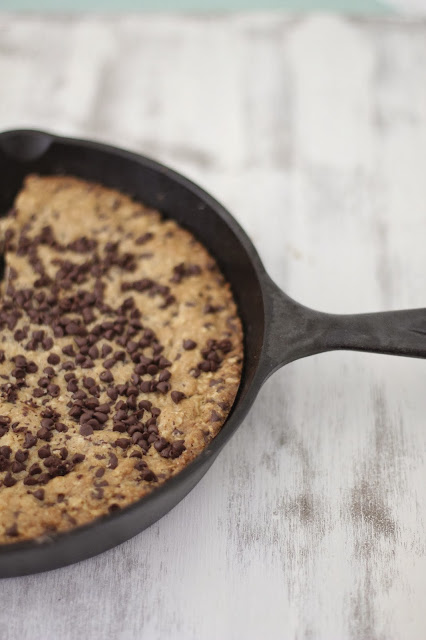 Oatmeal Chocolate Chip Skillet Cookie
Ingredients:
1 teaspoon baking powder
1 cup all-purpose flour
½ teaspoon salt
pinch of cinnamon, optional
1 cup old-fashioned oats
1 cup mini chocolate chips (plus more for sprinkling over the top)
1 stick (½ cup) unsalted butter, softened
1 cup demerara sugar (or packed brown sugar)
1 egg
2 teaspoons vanilla extract
Directions:
1.     Preheat oven to 350 degrees F. Spray 10-inch skillet or 9-inch baking dish with non-stick spray.
2.     In a medium bowl, combine baking powder, flour, salt, cinnamon, old-fashioned oats, and chocolate chips. Set aside.
3.     In the bowl of a stand mixer with a paddle attachment, beat butter for 1-2 minutes until soft. Add in sugar and beat until light and fluffy, about 2-3 minutes. With the mixer on low, add in egg and vanilla extract, mixing until combined.
4.     Reduced the speed of the mixer, and slowly add in dry ingredients, increase speed just a bit, mixing until just combined.
5.     Transfer batter to prepared pan. Sprinkle extra chocolate chips on top if using. Bake for 30-35 minutes, the edges should be golden-brown and the middle should be starting to set.
Recipe by Molly Bakelette (YAY!!! MY FIRST ORIGINAL RECIPE HAPPY DANCE TIME)
Printer Friendly Recipe Here
You made it all the way through and are still reading! Go you! Bakelette really loves you now (I feel like that is something Elmo would say...)! Anyways, would you like me to do some how to posts? I have had a few ideas for some. I could start with seasoning/clean your cast iron skillet? Thoughts?
Posted by Unknown at 6:00 AM