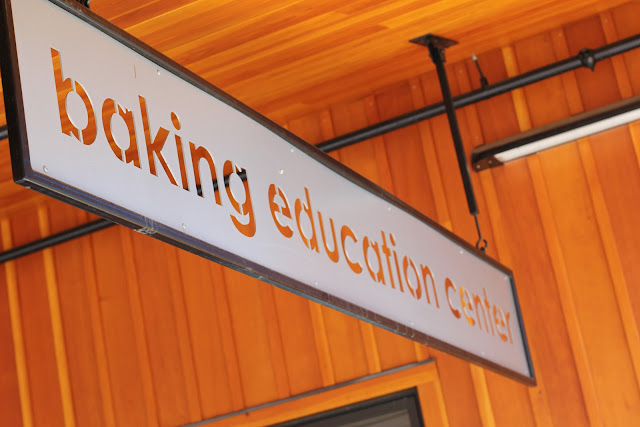 Whoa! What a whirlwind these past two weeks have been! I cannot believe that today it has been one week since I finished my pastry course at King Arthur Flour in Norwich, VT! The week since has flown by and so did the class itself! That is why I have been away from the blog, and remember I had warned you about this, but here I am sitting and trying to pull words out of my head and organize them into readable English (currently struggling to do so). And if you follow me on instagram you may have seen just a few pictures from my class.

Anyhoo WE MADE SO MUCH FOOD. Ahead of time I had thought we would be taking home some treats, but I never thought it would be entire pies, batches of scones, two cakes, palmiers, cream puffs, and eclairs! It was insane, I should have planned a party after the class each day. Seriously, each day I had made enough pastries to serve an entire party (small-ish party, but you get the point)!

So, about the class! The class was Pastry Principles and Practice, and I would highly recommend it. It was a four day class that met for five hours each day. Now I sometimes had trouble staying on task the whole time, remember when I told you about my brain and how it's all over the place...yeah that, but on our break I would head to the cafe and grab some  savory grub to counteract all the sugar I consumed! The class is held in the almost brand new Baking Education Center, or the BEC as is engraved on all of the kitchen utensils! The center is well equipped including huge ovens, this giant refrigerator thing that I was totally afraid of getting stuck in, but I kept that to myself...until now. All I can say is wow, wow, wow, I loved taking this class not only for the experience, but also the food was delicious! If you are going to take this class, I recommend working out for the week before, bringing friends to eat your treats and to then tell me all about it! I liked it so much I already signed up for another one! Now enough of my rambling, and onto the pictures! I hope the pictures convey the greatness of this class that I am not able to put into words!

Oh, and DO NOT FORGET to go the store! I spent way too much money there, but it's okay because I will share it with you through the web (that's how my brain justifies the insane amount of baking stuff I buy :)). I kind of went crazy in the store, we are talking new waffle iron, flour storage container, new rolling pin, rolling bands, apron, and oven mitts among other things! And I got all of it in the name of my blog, woohoo!

Also pardon some of the pictures, the baking center had really intense light and my hotel room was not the most ideal for taking food pictures. Onto the pictures for real!

I paid for this class, it was not a gift. The people at King Arthur probably know very little about my blog, but hopefully it will be a bigger and better entity in the future that they will know of! (Me, being optimistic!)
Posted by Unknown at 6:25 PM

Email ThisBlogThis!Share to TwitterShare to FacebookShare to Pinterest
Labels: Random