The story goes that a young girl once entered a recipe similar to this into the Pillsbury Baking Competition! Although she only took second place, her lovely story has lived on! She named her confection Blueberry Boy Bait because of its ability to have boys swooning over her! Now if only my baked goods had boys swooning for me...I have had two off-the-cuff marriage proposals after sharing my cookies! I guess that counts as swooning? Right? Only these have so far not panned out, but anyways on with the food! 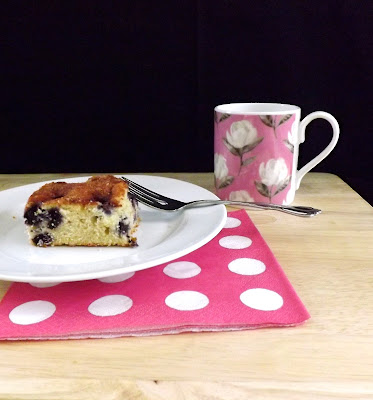 This recipe makes a delightful complement to your breakfast or brunch, and will not have you stressing about whether or not it is too difficult to pull off! It is "easy peasy lemon squeezy"! 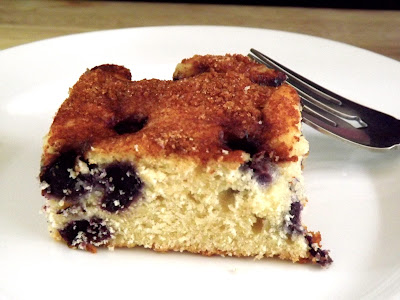 One of my favorite aspects of this recipe is subtle crunch and hint of flavor given by the cinnamon-sugar mixture that is sprinkled over the top of batter! I would have never thought of putting cinnamon and blueberries together! The next time that I make this recipe I plan to add a touch of vanilla extract. I could not believe the recipe did not call for vanilla, but I decided to try it without. While it was delicious without the vanilla, I think the vanilla would really push this over the edge and make it superb! 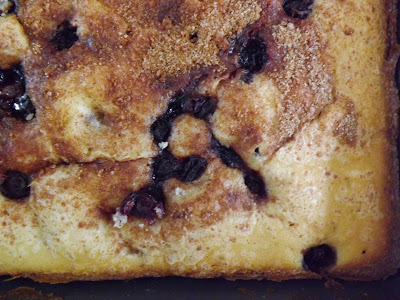 Do you have any go-to ingredients that you seem to put in EVERYTHING? For my mom it is cinnamon, she puts it in all sorts of things. I really like to use vanilla!